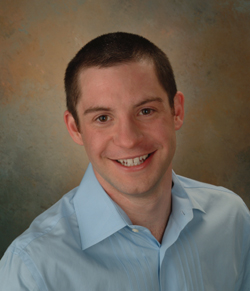 James R. Santos, a 1996 graduate of Shasta Adult School in Redding, California is now 28 and reports a successful career launched by the achievement of his adult school goal: a high school diploma. James had left high school without his diploma in his freshman year because he felt it was not a good environment for him.

James, a highly talented dancer and choreographer, wanted to attend college to broaden his career opportunities. Mr. Santos realized that without his high school diploma this goal was not possible. Mr. Santos finished his high school diploma work in June of 1996. He was accepted at Southern University of New York, Purchase where he continued to pursue his study of dance and choreography. He has spent the last 8 years working all over the country. James recently returned to Redding, California from New York City where he spent four years performing for the Metropolitan Opera and New York City Opera in Lincoln Center.

One of James’s many positions is Director of Jefferson Repertory Company's Project Dance. James acted as one of the Artistic Directors and Choreographers for Redding City Ballet and taught at many local schools through clinics, lecture demonstrations, and classes. He has choreographed for musicals and ballets including Peter Pan, Hair, Godspell, The Fantasticks, Nutcracker, Romeo and Juliet, Grease, Bye-Bye Birdie and Gaite Parisian. Some performing credits include: X-treme Broadway, Radio City XMAS Spectacular, Dance Captain, national tour of Meet Me in St. Louis, Brigadoon, Mark in A Chorus Line and Frank in Seven Brides For Seven Brothers. James’s union affiliation has been with Actors Equity Association, A.G.M.A. and A.G.V.A. He currently is the Director of Dance for University Preparatory School, Assistant Director of Kids Unlimited, and directed the Jefferson Reporatory Company’s first musical Side by Side by Sondheim which opened in June 2005.