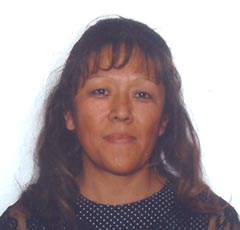 Silvia Sekiya-Giumelli immigrated to California in 1989 from Argentina. She came to the United States speaking Spanish and Japanese fluently. She graduated from high school in Buenos Aires, Argentina, from the Instituto Esteban Echeverria. Silvia returned to school shortly after arriving in the United States to improve her English skills as well as to receive on the job training.

Silvia is very driven and began her career at the Burbank Adult School by volunteering her time in the Preschool Program. She knew she didn't possess all of the requirements to apply right away, so she took classes to gain the knowledge. She also assisted in the Preschool Program to gain "on the job" training. It is this strong work ethic and willingness to take the initiative that consistently gets Silvia noticed. She quickly gained the respect of the administrators and her peers at Burbank Adult School. She completed the Assistant Training Course and passed the Burbank Unified School District Classified Test and was officially ready to begin work.

In October 1999, Silvia was offered an assistant position for the Community Based English Tutoring Class (CBET) that was taught at the local elementary schools of Burbank in the evenings. Silvia supervised children of parents who were studying English, helped the children with their homework, provided clerical support for the teachers, created and taught thematic lessons and relayed information from the Adult School to the teachers. She was hard working, dependable and very creative.

Her reputation grew and was offered another classified position at the Burbank Adult School. In February 2001, Silvia was hired as an assistant in the English As A Second Language Distance Learning Program. Silvia went above and beyond assisting. She gives each task 110% of herself. She has spent many hours translating information, registering students, calling students, copying papers, lugging the "traveling case" between three sites, mailing class information, organizing and replenishing documents needed for registration, collecting money for workbooks, collating books, assisting teachers and students in any way they needed. She came to work ready and willing to take on anything that came her way.

In September 2004 the Academic Learning Lab of the Burbank Adult School noticed what a hard working girl Silvia is and hired her on to help in the lab. She was responsible for organizing and filing paperwork, assisting students and teachers, and correcting coursework for students completing their GED and High School Equivalency Program. She continues to work there today.

It was around this time that the Burbank Unified School District revealed its plan to have the Classified staff complete 60 units of higher education by 2006 to continue employment with them. Silvia decided she needed to obtain her High School Diploma in order to take college coursework. She enrolled herself in the Learning Lab and completed the eight courses she needed to fulfill her High School Diploma. During this time Silvia was working 32 hours and also completing 12 hours of coursework a week.

Silvia participated in the 2002 WASC Accreditation process on both focus and home groups. She is a member and active participant of CSEA and CCAE.

Silvia is married with a daughter, Cynthia. Cynthia started Kindergarten the same year Silvia was working and completing her High School Diploma. She found the time and the energy to balance her family, work and school responsibilities. She is an extremely capable and focused woman.