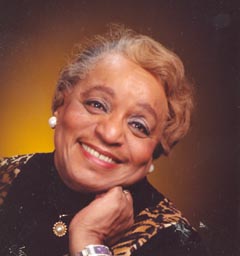 Retirement, for some, is a chance to escape the rat race and slow down. But for others like Bobbie Sipes, it's time to "keep the brain cells moving and keep learning." Bobbie Sipes, a retired school teacher who has taught elementary and middle school for 38 years, suddenly felt all her responsibilities were behind her. She had this precious gift of time that only retirement could bestow on her. For Bobbie, it was a chance to do something exciting, exhilarating and to break away from the working routine after 38 years as a public school educator.

Bobbie bought her first computer in 1996 but felt that learning how to use it properly and efficiently was overwhelming. She was a frustrated computer user and felt like she was wasting her time on the computer and decided to take a computer course at the South San Francisco Adult School. She signed up for Microsoft Windows XP and finally learned how to create/save files, move/copy text, organize files; and use file management tools. After earning her Certificate of Completion in Windows XP, she decided to further her computer skills by completing Microsoft Publisher 2000, Microsoft Word 2000 and Microsoft Excel XP. In those programs, she learned how to create and edit business letters; use professional writing editing tools; create personalized newsletters, use mail merge and create a financial report for her church.

After earning Certificates of Completion in MS Publisher and MS Word/ Excel, Bobbie decided to put her computer training to work. Bobbie started her own business and is now selling Mary Kay Cosmetics. She also volunteers much of her free time to many community activities. She is thrilled with the opportunity to earn additional income while at the same time "giving back" to others. She volunteers at the local school and donates her time mentoring and helping new teachers. She also donates her time to her church, volunteering for The Food Ministry, which serves the hungry and poor. With her newly found computer skills, Bobbie has become the Editor of her church's newsletter, The Beacon.

She is also the Bulletin Chairperson for the Cities by the Bay chapter of the "American Business Women's Association" and publishes their monthly newsletter. Bobbie continues to improve her computer skills and knowledge by signing up for more advanced classes. She is currently taking Microsoft Excel and Microsoft Access. She says, "These computer classes gave me the knowledge to operate the computer and the computer gave me the tools to find my hidden talents I never knew I had."

Bobbie also says, "I am just not the type to sit around and do nothing. I want to pass along much of the information I've gathered over the years as a school teacher to someone else and I want to keep my mind active." Bobbie Sipes is a shining example of a "Lifelong Learner" at the South San Francisco Adult School and is a big believer in education. I believe her inspiring story is an example of someone who has realized the opportunities for personal and professional growth that we offer at the adult school throughout the year.