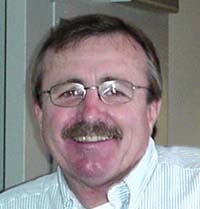 At the age of 22, in 1964, Chuck Carter was married with two children and worked full-time at a low paying factory job in Watsonville, California. On weekends he was working at a gas station. He needed to work both jobs in order to make ends meet. He used to joke with his wife that they could train a mule to do his factory job. She would say, "Don’t let anyone know, because a mule would work cheaper and we really need the money. " An adult school teacher was a regular customer at the gas station where he worked. They talked on occasions and the teacher would always encourage Chuck to go back to school. In 1965, he decided it was time to go back to school so he registered to complete classes for his high school diploma. Adding still another commitment to his life, Chuck worked until late at night to complete his assignments and proudly earned his high school diploma. He said, "Walking through the doors of Watsonville/Aptos Adult Education (WAAE) completely changed my life. It gave me the opportunity to succeed."

Chuck was born in Oklahoma and raised in Watsonville, California, along with four siblings. The family lived on Main Street down by the river. Since his father had become disabled when Chuck was young, his mother was their sole provider. She raised her five children and worked seasonally at the canneries. They received welfare when she couldn't work. Chuck says, "Without welfare we would have been homeless."

Looking back, Chuck remembers, "Growing up in Watsonville was a great experience for me." Their neighborhood was poor and also very ethnically mixed. There were the poor white Okies, the Slays, the Filipinos (mostly male), and the Latinos (mostly from Mexico). "Although I didn’t know it as a child, I was watching history." The Filipinos were fading out and the whites were mostly moving from field work into the canneries and other "inside" agriculture labor jobs. Field labor was increasingly being taken over by Mexican immigrants. "I think this experience of growing up in a neighborhood in transition, having friends, neighbors, and classmates of different ethnic and religious backgrounds, was to my advantage in preparing me for my future. It was an enriching experience and a great asset."

As a boy, in order to contribute to support his family, Chuck got up daily at 4:30 AM and delivered the San Francisco Examiner on his bike before going to school, and in the afternoon he came home and delivered the Register-Pajaronian. During the summers, when there was no school, he picked berries in between his paper routes. Sometimes on weekend nights he would go with his cousin to the lower Main Street bars and they would shine shoes for tips.

As Chuck got older, he felt terrible about being a burden to his mother. When he worked, the Welfare Department would deduct the total amount he made from the following month's welfare check. As she would always let him keep some of the money he made, he was in fact, costing her money. At age seventeen, he quit school, lied about his age, and went to work in the canneries. A year later he went into the military, served for four years, and returned to civilian life in Watsonville with no marketable skill.

Working long hours and raising two children did not make for an easy life. The adult school teacher's advice kept haunting this young husband and father, who decided he wanted a better life for himself and his family. "I didn’t want to be poor. I didn’t want to be unemployed. I didn't want to be on welfare."

Chuck decided to return to school in 1964. He earned his high school diploma at Watsonville/Aptos Adult Education taking classes at night. His favorite class at the adult school was Communication, where they learned about oral and visual communication, and were required to give speeches. "Years later, in law enforcement, as a city council member, and eventually serving as a mayor of the City of Watsonville, I often remembered that class fondly when giving presentations and speeches." Coming to the adult school woke him up to many possibilities. Encouraged by this success, he went on to Cabrillo College taking evening classes in the Administration of Justice Program.

Becoming a police officer was attractive to Chuck, and also suited his desire to serve. He thought that his personality, sensitivity, and outlook on life would serve the community, as well as himself. He looked for something achievable, and the salary and benefits were also attractive. The basic requirement for being a police officer was a high school diploma, and thanks to adult education and his own hard work he had that.

Even though he had self-doubt about being accepted, much to his surprise he was hired by Watsonville Police Department in 1966, just a year after his graduation from high school, where he spent more than 30 years. He started out as a police officer, and progressing up through the ranks to Police Captain. He was able to attend the FBI National Academy in Quantico, VA, focusing on Management and Constitutional Law courses.

After he retired from the Watsonville Police Department he successfully ran for the City Council and he served as Mayor in 2000-2001. "I felt appreciative of the opportunities that befell me and felt compelled to not forget where I came from, and to give back to the community." While serving as a council member and mayor, he was able to get legislation passed which benefited the poor and low income residents in the community (Living Wage Ordinance, Tenant Relocation Ordinance, consensus on redistricting, environmental protection measures, etc.).

He also made time to be an active volunteer in the community in many organizations and programs such as L.E.A.P. (a leadership mentoring program for high school students), Welfare Parents Support Group, Community Action Board of Santa Cruz County, and Watsonville/Aptos Adult Education Community Advisory Council and WASC Accreditation Committee.

Chuck's successful trek through adult education has not only made his life better, but also the lives of those around him, his family and his community. "I love Adult School and what it has done for me. I am satisfied with what I have accomplished in my life given my intellect and background." To this day he is a powerful influence, support and inspiration to the community. He currently serves as Vice-Chair of the City of Watsonville General Plan Update Steering Committe.

Chuck encourages those pursuing education, "Adult Ed was my doorway to opportunity. Whether you come to Adult Ed because of a poor decision in your past or because of circumstances beyond your control, it gives you the opportunity to succeed. It was the stepping-stone I needed to open the door to a productive life. I'll be forever grateful to that Adult Ed teacher who encouraged and inspired me to go back to school."