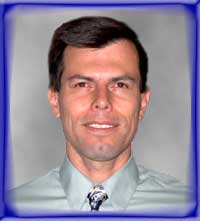 Arturo Castañeda was born in Mexico and grew up in Milpillas de Allende in the southern part of Zacatecas state. Beautiful countryside masked a hard life. Arturo remembers waking on humid September days to work with his father doing ranch tasks before eating breakfast. Then came the hour long walk to Frey Bartolome de las Casas, the local elementary school.

Arturo came to the United States in late 1989. He didn't speak English, but was able to find work with a downtown Los Angeles construction company. His life had changed dramatically, and his ability to adapt was quickly put to the test. Living in a new world with little family and few friends was only part of the challenge. Not having a car and not speaking English made getting around Los Angeles virtually impossible, but Arturo did have one good friend, Nacho. Nacho helped Arturo by giving him a bicycle so he could get around the city. No longer did Arturo have to rely on buses or walking, and before long he rode his bike to Paramount Adult Education Center to enroll in evening ESL classes.

After successfully completing the English classes, Arturo met the requirements of the High School Subjects classes and earned a diploma. Later, he attended evening classes at the local Community College where he was recognized for academic excellence by the Cerritos College Foundation. All the while he continued to work full-time and raise a growing family.

In 1996 Arturo jumped onto the "information superhighway" and began working for one of the worlds largest telecommunications companies as a computer consultant. The salary wasn't great, but it allowed him to get his start in the computer world. Arturo's primary goals of learning the language of his new country and creating more economic stability had finally been realized.

Recently, Arturo spearheaded a campaign to give back to his hometown. He is a founding member of Club Milpillas de Allende. The club is an approved non-profit organization whose objective is to help his hometown in Mexico economically, socially, and culturally. The club contributed the funds necessary to pave a portion of a road between Milpillas de Allende and the state highway. Among other things, Arturo has designed and maintains a web site, www.milpillas.com for the club. The club has raised tens of thousands of U.S. dollars in just a little over a year.

Arturo now works for Paramount Unified School District. He is responsible for the operation and maintenance of the district help desk system, including the Operations and Technology Department. He is also the computer technician at Paramount Adult Education Center and is responsible for the Adult Education Web site. Virtually any staff member could tell a story about Arturo saving the day for them. Whether it's helping with new courseware, fixing a computer glitch, or teaching someone a new technique, he can always be counted on.

Arturo lives in the city of Paramount with his wife, who also works in the district, and two children, 12 and 5. His children are proud to know the difference their father has made in the lives of others both here in the United States and in places like Milpillas de Allende, Mexico.

Someday, Arturo hopes to earn his Bachelor's Degree and work as an independent video editor and producer. If his past is any indication, Arturo will continue to have plenty to offer.