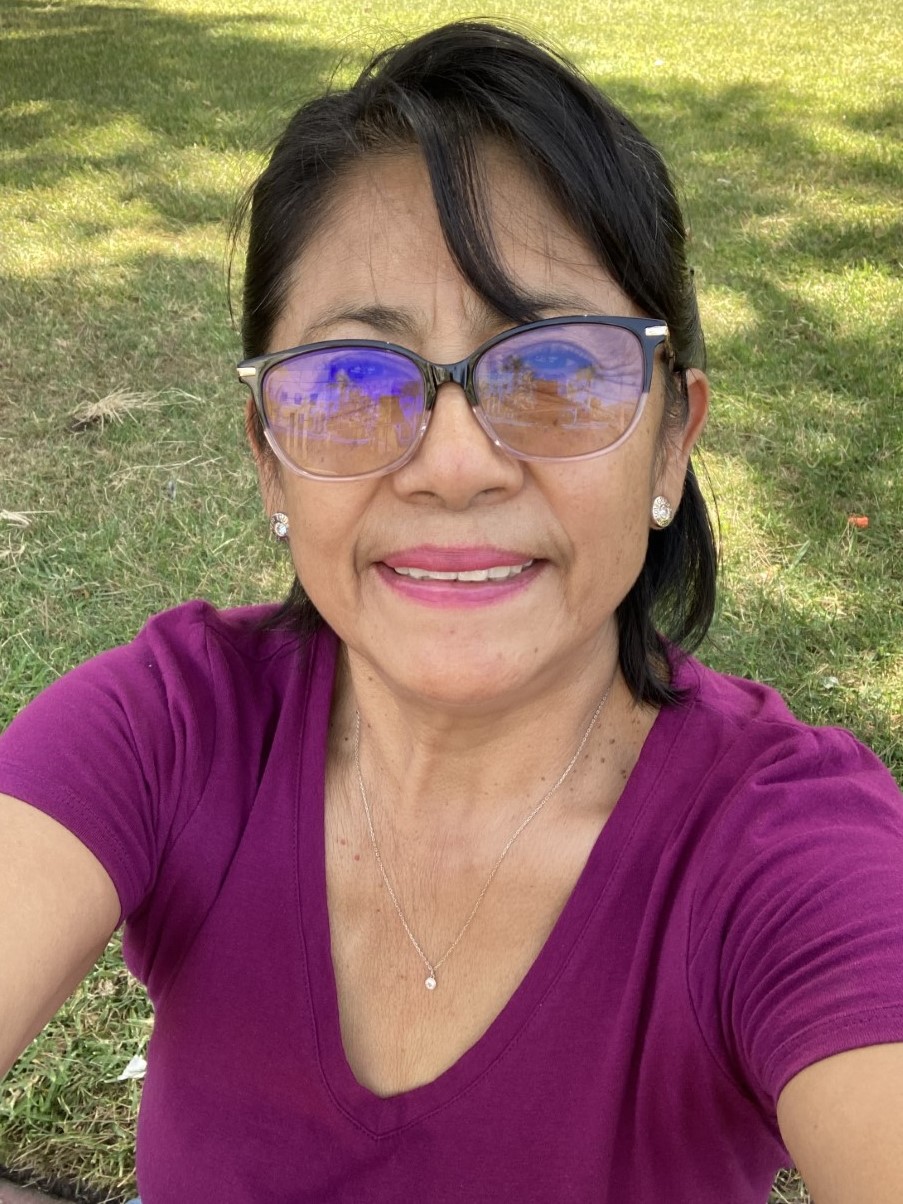 Born and raised in Lima, Peru, Gladys's father had always instilled the love of studying in her and her mother took very good care of her as she was so small in size. And because of it, she grew up being very shy and insecure. It was very difficult for Gladys to express herself to others. Through the years, she worked hard and eventually overcame those feelings.

After finishing high school, she studied at the English Language Institute for three years. She then got married and had one daughter and two sons. While raising her children, she worked as a preschool teacher and was passionate about it.

In 2015, she received the opportunity to join her daughter's family in California, so she left her job and moved continents to a new country. She filled her days in her new home, spending time with her three grandchildren and taking up a hobby by attending the knitting club at the local library. Then, she began taking ESL classes at the Norwalk-La Mirada Adult School. After taking three higher levels of ESL classes, she was encouraged by her teachers to take classes to obtain her US High School Diploma.

In January of 2019, at the age of 60, she completed all the required classes and obtained her US High School Diploma; she also received a scholarship at graduation. With the scholarship she received, she continued to take classes at the adult school, but this time in the Career Technical Education Department. She took a computer course, health course, and Early Childhood program courses which allowed her to receive her Preschool/Childcare Professions Certificate. She also received her US Citizenship during this time.

As she prepares to work as a teacher's assistant, she is currently working for a company that makes products for keepsakes. Her future goals also include writing a book of memories and dedicating it to her seven grandchildren. When asked, Gladys wanted to add that everything she got in this country was because God was with her in every step she took, and he helped her to achieve her goals, so she is very grateful to him.

Gladys's dedication to learning shows that there is never an end to the process. Learning is important for our growth, both personally and professionally.