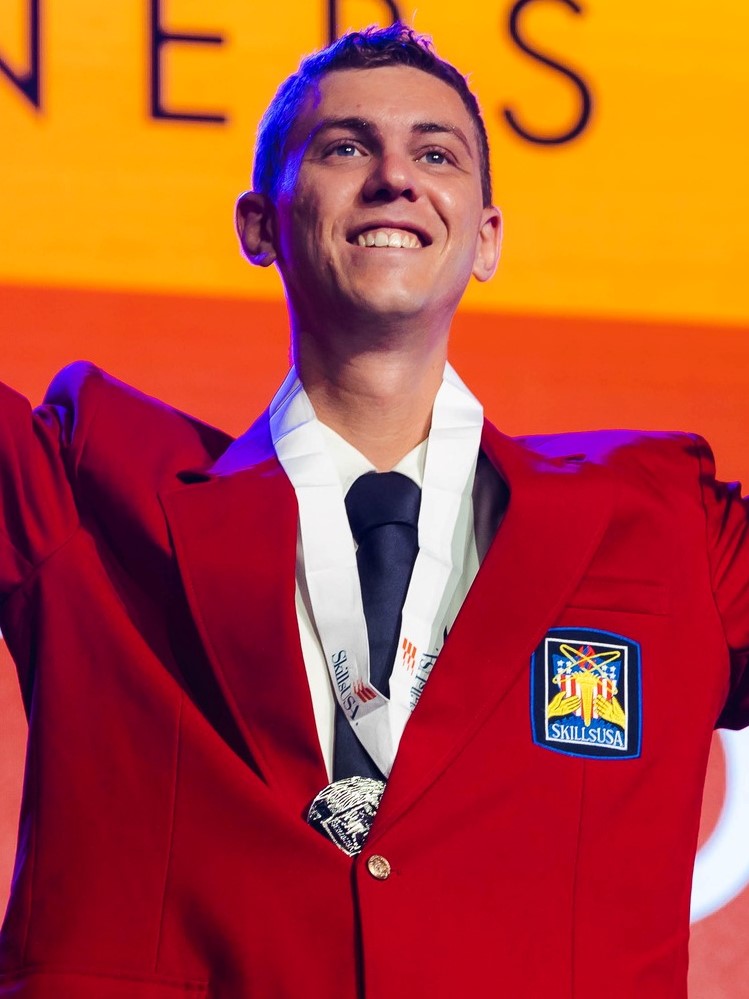 Nicholas Marks graduated from the University of California, Santa Barbara with a bachelor's degree in Computer Science and a Minor in Music. After graduating from UC Santa Barbara, he began working at a computer security startup called Lastline Inc. as a Logistics Engineer. He also co-founded a band called The Oles with whom he recorded two albums, performed three to five shows a month, and eventually planned a three-week tour through seven states. Unfortunately, Nicholas was let go from his job and also had to move out of his apartment due to flooding. The housing market in Santa Barbara was unsustainable, so he had no choice but to relocate back to Los Angeles where he grew up. During this period of unemployment, he was introduced to the Venice Skills Center and received an education grant to continue pursuing educational goals in the form of certifications. Transitioning from a startup culture into the corporate world proved to require a certificate to qualify for employment.

Nicholas joined the Venice Skills Center in October 2019. He began studying for Cisco certifications with Mr. Yorgason in the Networking, CyberOps, and Security+ courses. Mr. Yorgason has been a great mentor for Nicholas. Mr. Yorgason encouraged Nicholas to participate in online conferences and competitions. Four months after joining the Venice Skills Center and two weeks into his CompTia courses, the world shut down due to the Coronavirus. At this point, all classes moved from in-person to remote and finding a job seemed almost impossible. Now in this online experience with the Venice Skills Center, Nicholas discovered many organizations like SANS and dove headfirst into cyber security. He has been a guest lecturer in class and has given presentations regarding cryptography, password cracking, git, and TCP 3-way handshake to name a few. Nicholas continues to mentor his classmates, share news regarding information security, and provides job recommendations to assist his classmates in starting a career in cybersecurity. He invited a friend who wanted to transition to IT to join the networking and security classes which have aided his friend in starting to develop his skills for a new career. Recently, he has mentored students in class regarding the hiring process for LAUSD. One of his classmates has been hired to support the next election due to Nicholas's recommendation.

After Nicholas began his studies at Venice Skills Center, he applied to be an instructional aide for LAUSD. He served at Estrella Elementary School and supported the campus with distribution and record-keeping of student devices as well as varying IT tasks involving printers, laptops, desktops, and SAAS applications like Microsoft Office 365. After a few months, he transitioned to the IT department as an IT Support Technician serving eight campuses with over 500 students and 20 to 100 faculty each. Nicholas is now pursuing a network security engineer position as he completes the exams for his certifications. Since 2019, he has studied for CCENT, CCNA, PCCET, AZ-900, PCAP, CompTIA A+, Network+, Security+, and Cloud+. Currently, he holds the CCENT, AZ-900, and PCCET while completing the exams he has studied for and is interested in. In the future he wishes to pursue the Certified Ethical Hacker, E-Learn Security Junior Penetration Tester certificates intending to become an (ISC)^2 CISM or CISSP. Throughout 2020 and 2021, Nicholas participated in online conferences, webinars, and competitions to earn over 100 Continuing Educational Units from organizations like SANS, Black Hills Security, Active Countermeasures, Defcon, Blackhat, and many more. Nicholas also participates in online security communities and an international Capture the Flag team. Nicholas participated in the National Cyber League competition by CyberSkyLine for the past two years and has placed in the top 3% of competitors for three seasons now. Nicholas also competed in the SkillsUSA competition for Internetworking and in 2021 he placed gold in the local and state competitions and bronze in the national competition. He will be representing Venice Skills Center once again in the 2022 competition. Recently, Nicholas was invited to join the Venice Skills Center campus as a substitute teacher and is in the process of obtaining Career Technical Education credentials. He is excited to join the facility to provide additional resources and classes in the form of programming, network security, and automation.

Although Nicholas enjoyed his time working with LAUSD on campuses, he decided to explore work in the private sector to apply his knowledge and have more responsibility for critical infrastructure. He is currently accepting a position with a small IT team to support a national law firm. In addition to his current career goals, he also supports his girlfriend's organization, the Long Beach Chamber Music Group, as the webmaster and even occasionally performs with the group as a trumpet player. During the quarantine, Nicholas assisted by recording educational videos to publish for her students; this was a very helpful tool for the students to stay engaged in private lessons and classroom sessions. Together they also created a YouTube channel to post quarantine performances where Nicholas served as the recording engineer and video editor. Nicholas also provides technical support and security education to friends and family. When Robinhood was hacked, he assisted several colleagues to understand how email spoofing and ransomware attacks occur. Since many users' infrastructure relies on applications like Solarwinds, Office 365, and log4j, it is important for everyone to be educated to be aware and protect themselves.

Nicholas is so grateful for the opportunity to attend and participate in the Venice Skills Center community. He is excited to support the school in the future as a Career Technical Educator and provide additional resources and curriculum to support students' educational and career goals. Even though Nicholas was not originally interested in returning to Los Angeles, it turned out to be a positive move because he was able to be a part of the Venice Skills Center which has been able to open more doors and provide opportunities that he was not aware of to better himself and others. Nicholas is excited for what the future holds as an educator and professional Cyber Security Engineer.