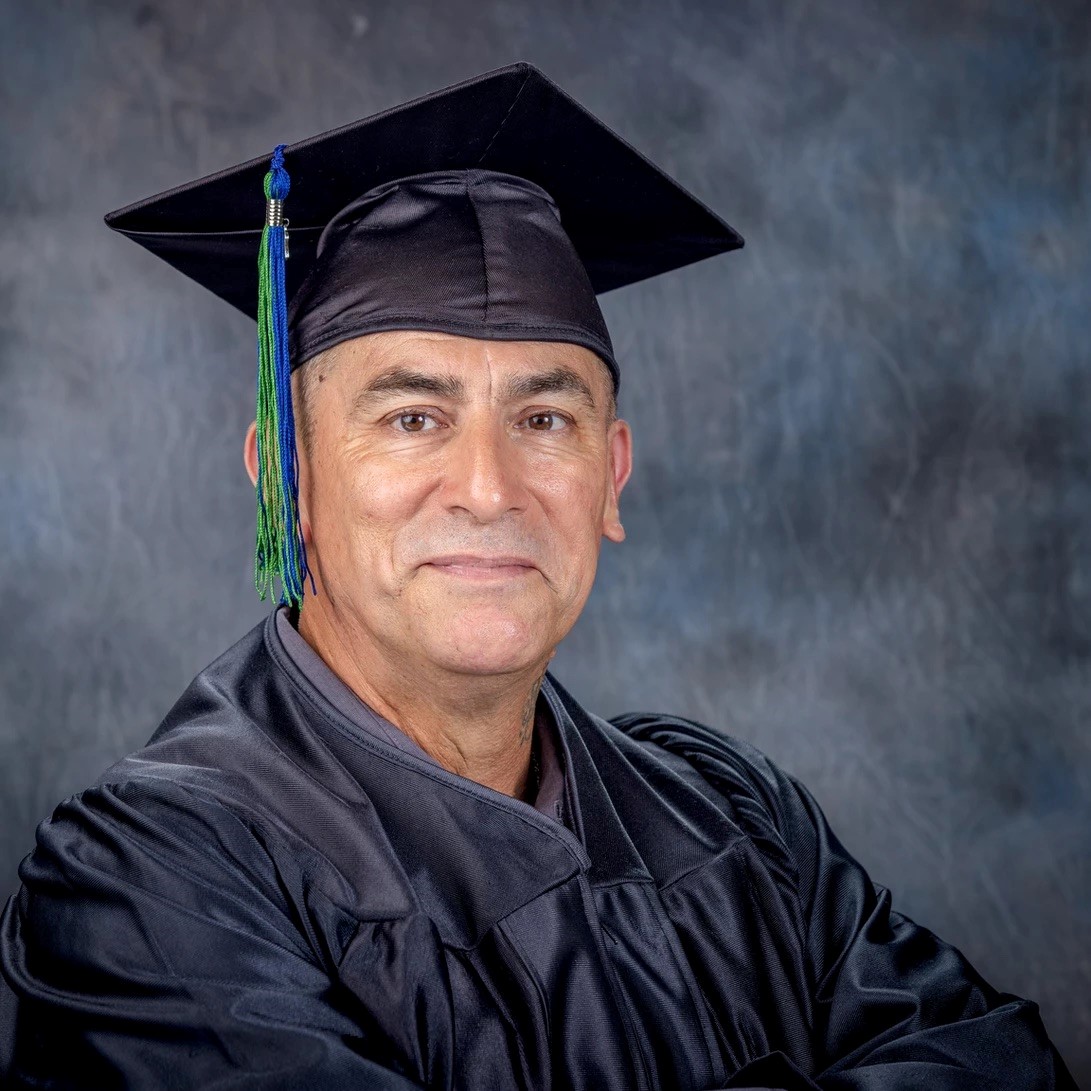 Mario Cortez was born in the United States in 1965 but was raised in Tijuana. In the 1970's, his family worked in the fields picking lemons, oranges, olives, and grapes. His family followed the harvest up and down California, Oregon, and Washington. At the age of 10, his first job was picking oranges. He learned English by watching TV, as neither parent spoke English, and he never attended school.

At the young age of 13, he was introduced to drugs, and was incarcerated by age 18. He was sentenced to a life term on a misdemeanor possession offense under the California 3 Strikes Law, which has since been changed, so he was released in 2014 (for a total of 35+ years in prison). While incarcerated, he was not formally able to pursue his High School Diploma for various reasons. Later, with professional treatment, he overcame extraordinary hardships and was able to focus on the education that he had always wanted. "I never thought I'd be able to achieve this goal based on my past," Mario admits.

Now with his High School Diploma credits completed, he has his sights set on his next goal – to live in Northern California in a home that he has worked hard to renovate. The house sits on property with a river, and his goal is to set up spaces for RV trailers and rent them to vacationers. He hopes to become a destination vacation spot for many years to come.

Completing his diploma took three years, and his hard work and determination has impressed the adult school personnel. He has been consistent with turning in work, and he has a determined/positive attitude, which will help him succeed in the future. He has never lost sight of the end goal, which was to graduate and to create an outdoor sanctuary for vacationers. "I look forward to making a better life for people around me by contributing to the community around me."

His High School Diploma completion has provided an extremely positive role model for his family, as he is one of the few to graduate in his generation. This has been a difficult but rewarding path for him, and he is very proud of this fact. He states, "My dad, mom, and brother have been my strongest support." He grew up with many siblings, nephews, and nieces, and he hopes that he has made them proud by completing his high school education. The goal that he has achieved, his high school diploma, has given him a lot of confidence to move forward and to fulfill his dream.

"It's NEVER too late to achieve your goals and to better your future."