Simi Institute for Careers and Education 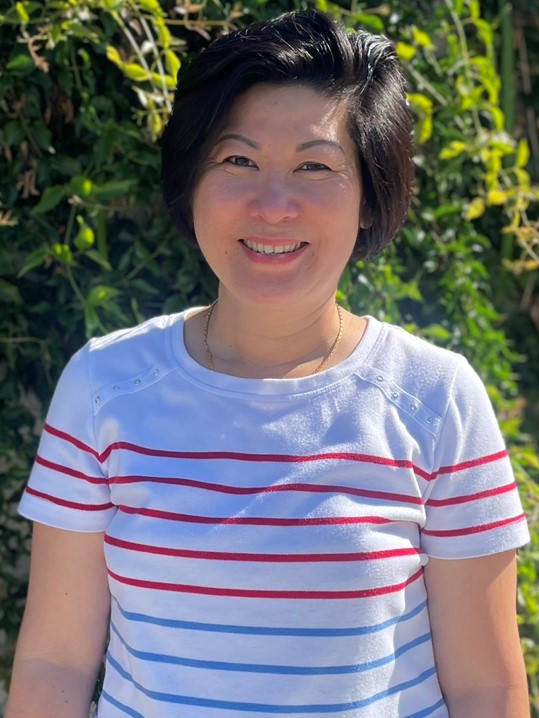 Helen (Hoa) Hoang came to the U.S. from Vietnam after being sponsored by her parents. She began her English studies at Simi Institute (formerly the Simi Valley Adult School) in 2010. Helen was always very keen to study and apply herself to the best of her ability. She learned quickly but struggled to be understood by her classmates and by English speakers in the community and her place of work. This caused both anguish and determination. As a child, she had found out at the age of ten that she was completely deaf in one ear. Learning to enunciate in English was a tremendous challenge, but Helen simply never quit. When she attended ESL classes in the evenings, she'd often not arrive until well after 7:00 pm and a long workday, but she always had a smile and positive energy that encouraged her fellow students.

I worked most closely with Helen after she joined my Citizenship preparation class in 2015. She had been trained as a manicurist and worked long hours, but always talked about having her own salon and being a business owner. She began attending our ESL computer lab and after we introduced the Burlington English program, she committed herself to focusing on her pronunciation. She set an alarm for 4:00 am daily so that she could work on both keyboarding and pronunciation. She logged more hours in the BE program than any other student. Her efforts paid off as her communication skills improved and she saw that others could understand her - the more she was able to engage them, the more her confidence grew.

In 2018, Helen's husband had a serious heart-related health crisis and was suddenly unable to work. Helen became the primary income provider for her family. She also had to care for her husband who became very despondent and at times unstable due to his illness. When Helen was able to return to school, she joined the new ESL IET course studying Microsoft Office and Business English with the goal of moving on to bookkeeping. Many of these days were very difficult and emotional for her. In March of 2020, our final component of that class was taught online, and Helen finished the program. She was still dealing with the difficulties of her husband's illness but continued to work full-time and provide for her family.

In October of 2021, Helen achieved her goal of becoming a business owner after she was able to purchase a salon in Westlake Village. She immediately offered her IET classmate a job as a receptionist and has even been able to employ her husband a few days a week which has given him renewed purpose. Today Helen employs four full-time manicurists, has a 5-star rating on Yelp, and is so busy she is in need of additional help. Now that we've returned to campus, she is planning to speak to the ESL program students to encourage them to follow their dreams. I asked Helen today, on her birthday, what was next. She said she plans to enroll in a QuickBooks class at Simi Institute and afterward attend college to study accounting. She relayed that the education she received as an ESL adult education student gave her the skills she needed to help her achieve her goals. I am so proud of her for all she's accomplished. She is just a joy to know, and I can't think of a more deserving student with whom I've worked over my career. I thank you for taking the time to read her story.