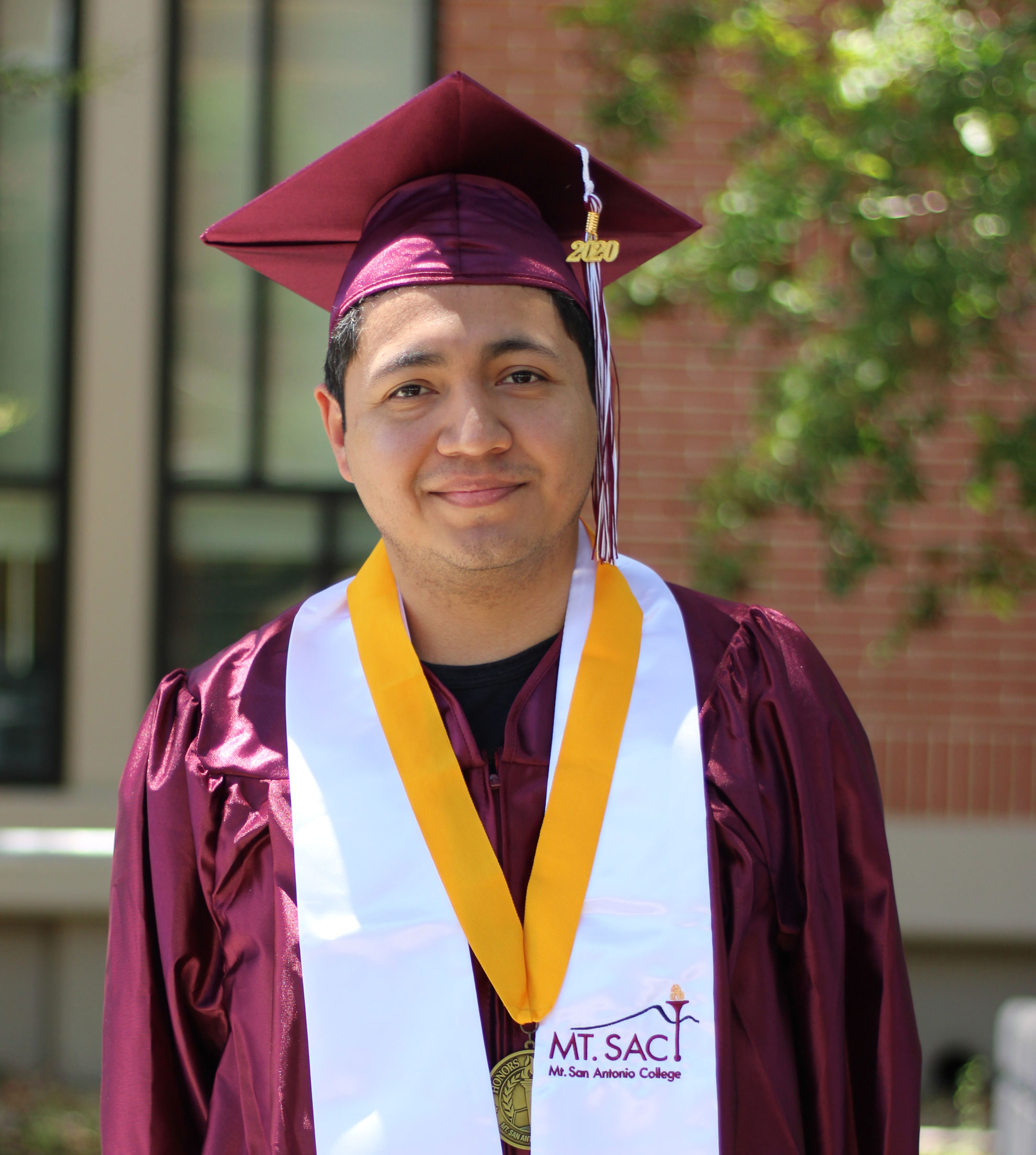 Jaime Vladimir Castro immigrated to the US from El Salvador in 2012 after waiting for residency for almost 13 years. Jaime started attending beginning level ESL classes at Mt. San Antonio College in the winter of 2013. While taking ESL classes, Jaime worked full-time as an assembly worker; however, once he improved his English skills, he secured a full-time job at Tyson Foods. In 2017, when Jaime completed the highest level of ESL, he enrolled in the VESL Career Paths Program, which prepares students to transition into credit courses by providing them with the English and computer skills necessary to succeed in college. The VESL Program also prepares students for better job opportunities by teaching them to write a cover letter and a resume as well as preparing them for job interviews.

One of the biggest challenges Jaime faced was attending the VESL Program while working full-time. In his own words, "It wasn't always easy. I had to work 8-9 hour shifts every day while going to school. It was mentally and physically exhausting." The VESL evening program that Jaime attended met from 6:30 to 10:00 pm from Monday through Friday. After work, Jaime rode the bus to school and back home. It was a challenging time for him, but he could not leave his job because he was supporting his parents. Despite the difficulties, Jaime completed the VESL program and transitioned to credit courses in 2018. He graduated from Mt. SAC with a Business Management A.S. Degree in 2020 with honors.

While Jaime was a VESL student, he made a positive impression on professors and classmates alike. One of his professors said, "Jaime's enthusiasm for learning and being an informed citizen was very infectious. His work ethic extended beyond the classroom as well. He always put his best effort into his assignments, and he contributed great ideas to the classroom. He was an exemplary student in numerous ways; he was impeccable in his work and was always striving to do his best in everything. He excelled academically and, during the three terms he was my student, he always helped his classmates with their assignments when needed."

Jaime was also featured in Good News, Mt. SAC ESL's program newsletter. In this article, Jaime shared, "The ESL Department's free classes, networking opportunities, and the VESL Program gave me the skills and motivation needed to continue reaching for my goals. I am especially grateful for my professors and all the support they provided while I was in the VESL Program. I would not be in the place I am now without their support."

Jaime is currently working as full-time administrative assistant at Williams Sonoma. He mentioned that besides the knowledge he acquired when he took credit classes, the computer and work skills he learned in the VESL Program helped him secure this position. He continues working full time and taking credit classes at Mt. SAC, as he would like to earn a second degree in Human Resources Management.

Jaime's future plans are to complete his second A.S. degree and continue working on his field. At some point, he would like to come back to the ESL Department at Mt. SAC to work as an administrative assistant. He would also like to open his own business in the future.