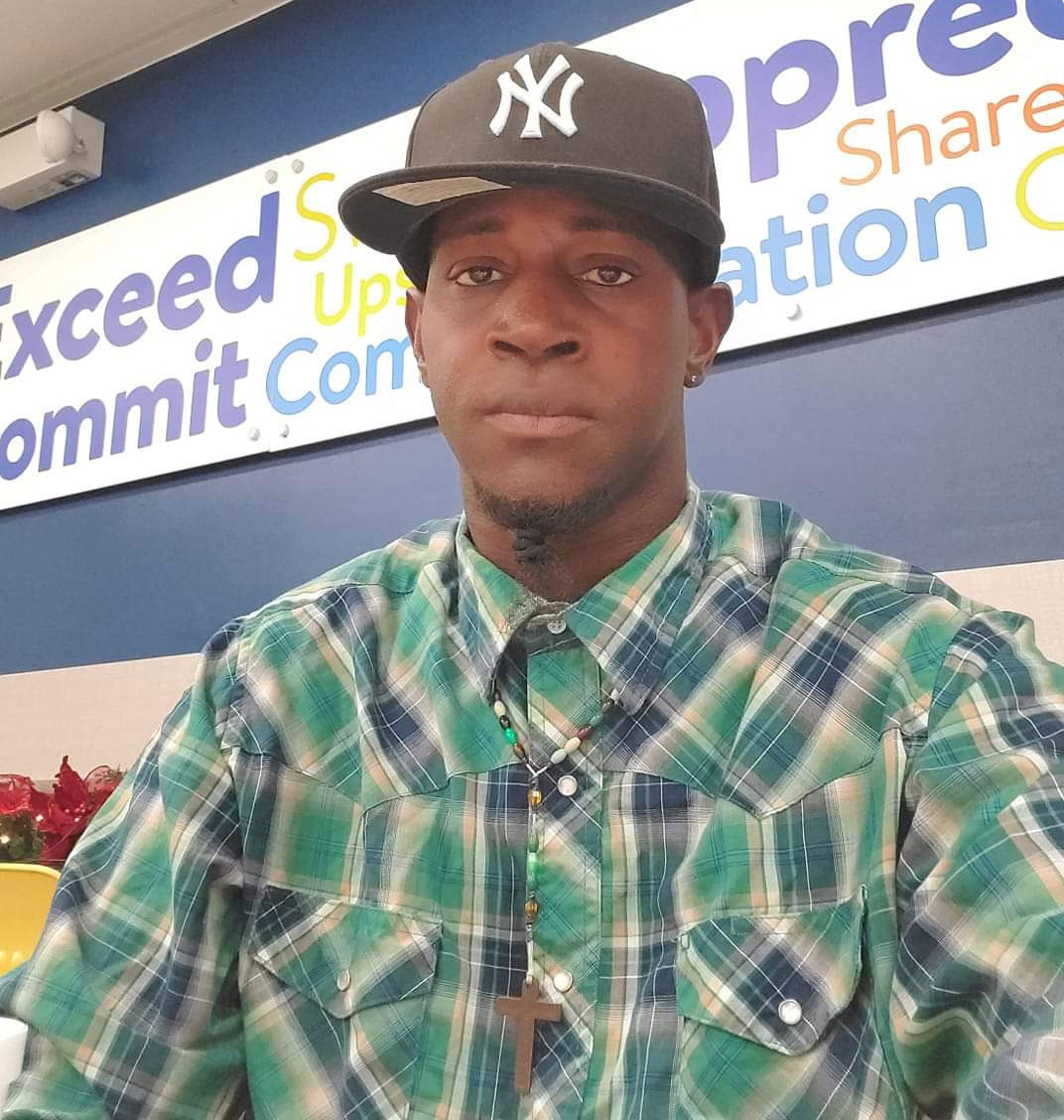 Many students who make the decision to return to school later in life face unique challenges. That was no different for Dearl when he started at Escondido Adult School to obtain his high school diploma at the age of 36.

Originally from Connecticut, Dearl spent much of his early life in and out of doctor offices due to birth defects to his hands and legs, which required him to learn how to walk using prosthetics. Although he knew he had larger obstacles to overcome than many kids his age, he tried his best to persevere and lead a normal life. However, when high school graduation came around, he did not have enough credits to graduate.

After struggling with the loss of his mother in 2008, the only person who had ever supported him, Dearl turned to alcohol and drugs to cope. He found himself lost and lonely with nowhere to turn. Fortunately, his friends steered him to a rehabilitation facility in Florida which proved to be life changing.

Upon successfully completing the program, he knew that the only way to continue the positive changes in his life would be for him to move away from everything he'd ever known. He looked to the West Coast to start over and turn his life around.

With only the clothes on his back and a new outlook on life, Dearl relocated to San Diego and enrolled in Escondido Adult School's high school diploma program to start working from the ground up. He bounced around from hotels to shared housing situations that were not easily accessible for people with disabilities, but he never gave up on his dream to earn his diploma.

While some students may have used COVID-19 as an excuse to put school on the back burner, Dearl instead took advantage of the extra time he had and sought help from his teachers around the clock. He soon realized that if he pushed himself hard enough, he could complete much of his homework ahead of schedule and move ahead in the program faster than anticipated.

"Dearl's shining personality and perseverance is an inspiration to us all," says Stacey Adame, Co-Principal of Escondido Adult School. "We know he is going to do big things, and we can't wait to see where his determination takes him next."

With physical disabilities that make performing everyday tasks a challenge, Dearl had to go the extra mile to complete what most people would consider to be simple classroom tasks. Utilizing what he calls his "work tool" to perform common movements, including typing and clicking a computer mouse, Dearl worked day and night to study and move ahead in the class. He successfully completed the program and earned his diploma faster than anyone had anticipated – his teachers included.

"Dearl would text me over the weekends to open locked assignments and tests so he could continue working," said Tanya Ruhe, HiSET/GED teacher at Escondido Adult School. "He would ask in such a friendly and upbeat manner. You don't see that dedication and joy for learning in many students. I was so impressed!"

Today, Dearl has a new job at CVS Pharmacy and has successfully applied to Palomar College's Medical Assistant program. From there, he hopes to be able to reach out to others in the community who may be struggling, to help motivate them to chase their dreams.