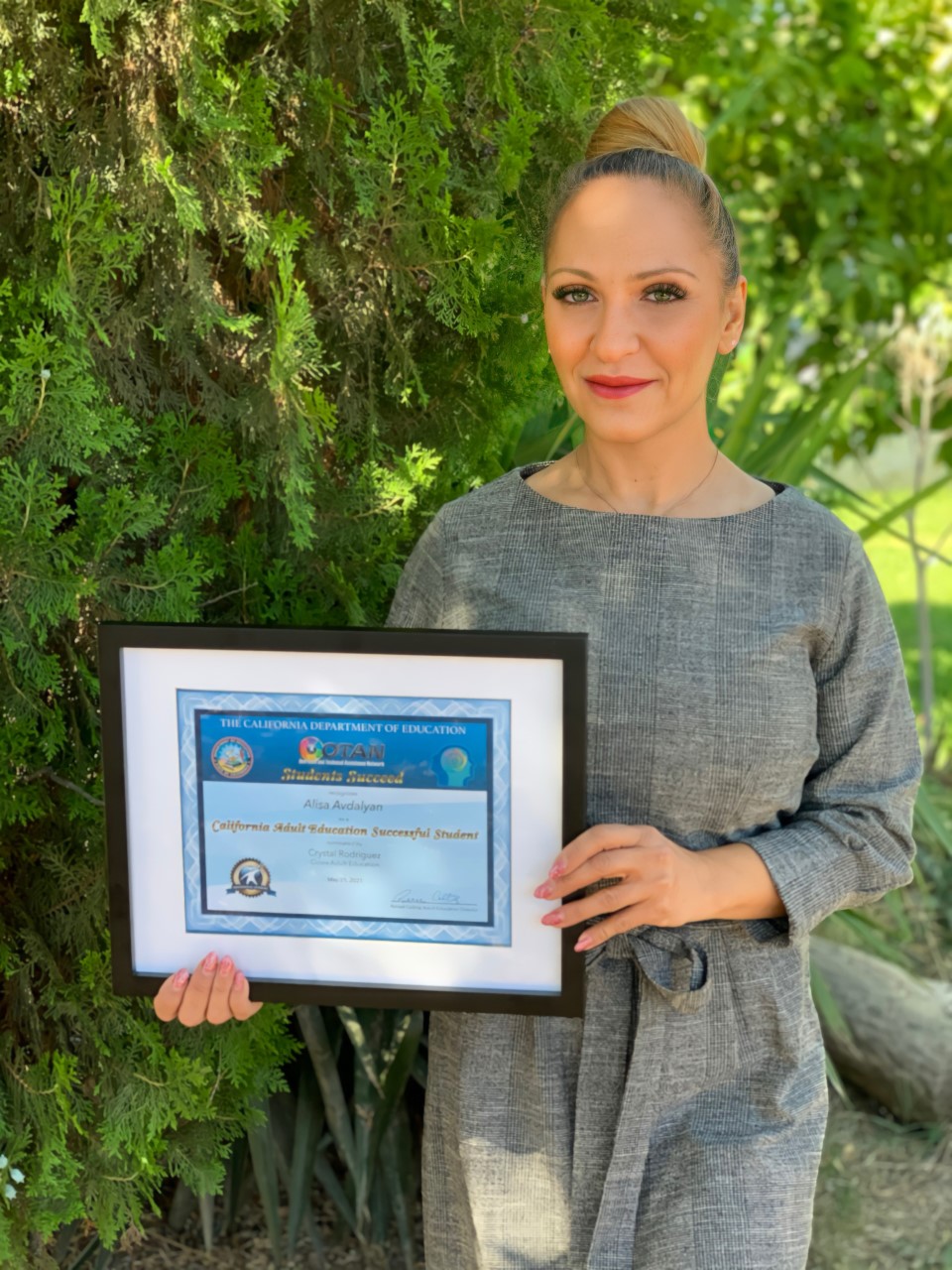 Alisa's journey in America began in 1992. Her five sisters, parents, and herself moved from Armenia to an entirely new country with little knowledge of the language. They arrived in Los Angeles and at the age of 13 she began attending middle school, a difficult age made worse because of her limited knowledge of English. Alisa's high school journey was cut short; she was only able to attend through 11th grade. Due to her family's traditions, she was forced to drop out of high school and into an arranged marriage with a stranger. She became pregnant at the age of 16 and later had a total of three kids, two girls and a boy. Alisa never legally married her husband, but they were together for 13 years. During these 13 years, she endured countless instances of abuse. She would have left, but she had no contact with her family and nowhere to go. Alisa found her dad's phone number on the internet and reconnected with her family after 13 years. After some time, she finally got up the courage to leave her husband and moved her family to Fresno.

At that point in Alisa's life, she had nothing and decided to attend nursing school. She found a program in Los Angeles and drove back and forth from Fresno every weekend. Shortly after she received her nursing certification, she lost her father due to lung cancer. It was difficult to continue life without him, but she found the will to continue working to make her life better. Alisa was hired as a pharmaceutical representative for a specialty pharmacy and things began to get better.

Alisa never got the chance to graduate from high school, so she decided to take the time to go back to school and work towards getting her high school diploma. Things were going great, but then tragedy struck in 2020; she lost her twin sister in a tragic accident. It was extremely difficult, and she could not see her due to all the COVID 19 restrictions.

Alisa also had Mrs. deCordova, who was just as amazing as Mrs. Nevills. Mrs. deCordova was always available to help her with anything. If Alisa had any questions or needed help on any subject, Mrs. deCordova would take the time to meet with her individually and explain the things Alisa did not understand. This helped her really understand the subject and Alisa received the information needed to pass her tests.

Alisa overcame all these challenges by reminding herself of her goals. Anytime Alisa felt stuck or like life was pushing her backward, she took the time to look back and see how much progress she had made. Her advice to anyone going through a hard time would be to remember what you have achieved and remind yourself of your potential to achieve so much more. Alisa's life has been a challenge to say the least. She began with nothing as an immigrant from Armenia; married at 16, endured an abusive relationship, and took care of three kids on her own. Today she can proudly say that she is a Regional Account manager for Biomatrix SP, as well as a commercial and print model. Alisa is proud of her journey and excited to see what the future holds.