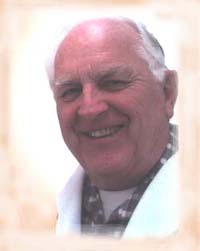 Walter Mlynar is no stranger to hard work. At an age when many people are slowing down, Walter went back to school to learn new skills.

After retiring in 1993, Walter Mlynar wanted to learn some things about computers so he enrolled in classes at South San Francisco Adult School. Since it had been almost 50 years since he had been a student, Walter had some fears and concerns about going back to school. Nonetheless, Walter signed up for Computer Literacy/ Windows 98 at the adult school. After successfully completing the computer Literacy course, Walter felt confident enough to sign up for an advanced computer course. He signed up for Computer Maintenance & Repair with Mr. Leroy Tolbert. Walter learned how to install hard drives, floppy disk drives, sound cards, and troubleshoot common software/hardware problems. Walter decided to further his computer skills, as well as challenge himself by signing up for the next level in computer repair. Under the training of Mr. Tolbert, Walter expanded his computer knowledge and now knows how to build, upgrade, and repair computers.

When Mr. Tolbert recognized that Walter had an aptitude for computers and a genuine interest in computer repair, he asked Walter if he would like to volunteer his time and technical expertise to the computer program at the South San Francisco Adult School. Now, instead of contracting outside computer specialist, the computers are maintained by volunteers like Walter Mlynar saving the school thousands of dollars every year.

Mr. Mlynar’s volunteering has touched many lives. The Junior League of San Jose presented Walter with the Crystal Bowl Award for the year 2004 for his work with visually impaired children at Chandler Tripp School. He is a great inspiration to all of us. Walter says, “Volunteering helped me by allowing me to use and develop my personal skills. It exposed me to new things and introduced me to new people and different cultures. But mostly it is fun.” His hope is that his efforts will prove to be inspirational for other people his age and encourage them to stretch themselves in some way for the improvement of their community.

Walter Mlynar is a success story because he is a shining example of what retired volunteers can do to make a difference when given the opportunity. Walter says, “I tell folks to find activities and interests so they can look ahead. You cannot change yesterday, but you can change today and tomorrow." He adds, “Not only did this program help me develop my computer skills and knowledge, it also helped me build greater self-confidence as a person. It’s all about attitude.” Walter attributes his success to the teachers at the adult school for giving him the opportunity to learn new skills and experiences.