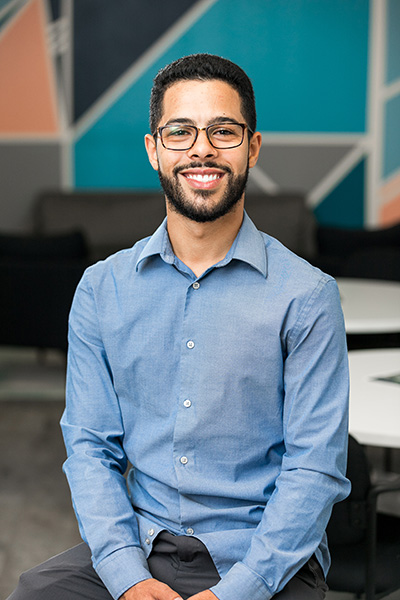 Gabriel Souza, 22, left Curitiba, Brazil in 2018 to pursue his dream as a doctor. Traveling to San Diego, he expected to overcome a language barrier and adjust to unfamiliar customs, but instead he was surprised with a college scholarship.

When Gabriel arrived in his new city, he began his pursuit of a doctoral degree, hoping to become a Clinical Psychologist.

Although Gabriel already completed high school in Brazil, he had to repeat some classes in the United States. He achieved his diploma and studied English language at San Diego Continuing Education (SDCE). There he was selected to be a part of a unique program, San Diego Gateway to College and Career.

With a goal of helping students after graduation, SDCE’s Gateway model for Opportunity Youth is one of the only programs of its kind nationwide that offers paid internships and motivational support for young adults ages 18-24.

Through Gateway, Gabriel secured an administrative internship for the county with San Diego Youth Services, a nonprofit that provides housing and mental health outreach for LGBTQ and homeless teens. After completing his internship, he now works as a Relief Youth Support Partner with SDYS.

While studying at SDCE, he was awarded a Dwight Brydie Scholarship through the California Workforce Association. Gabriel will use his scholarship toward a psychology degree at City College.