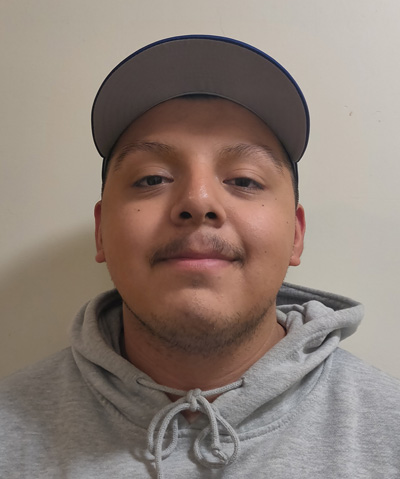 Henry Velasco began his journey at Lynwood Community Adult School in August of 2017 and will complete his high school diploma in June of 2020. His current GPA is 3.85. His GPA can stand on its own. However, when you hear the story behind the GPA, it makes the accomplishment all the more impressive. This is Henry’s story, a story about Never Giving Up.

When basic needs such as running water, food, shelter, and a bed cannot be met, it stands to reason that academic success suffers. Paul of Tarsus said, “Obstacles produce perseverance; perseverance, character; and character, hope.” Although written over 1,800 years ago, these words describe Henry and his ‘Never Give Up’ approach. Henry has lived through not having running water, food, shelter, nor a bed upon which to sleep. In addition to these obstacles, Henry comes from a single parent family, has been homeless, and a special needs student diagnosed with autism and a child of an incarcerated parent.

Most people would be crushed under the weight of such obstacles; however, Henry has not allowed these to impede him from completing courses for his high school diploma at Lynwood Community Adult School. He is a full-time student at LCAS and works 30 hours a week to help his family with bills, rent, and food. Henry has persevered and demonstrated character which gives other students hope. He has become the empathetic voice that advocates and gives hope for his fellow classmates in the classroom and beyond. An excellent student in the classroom and a leader in his community, Henry leads by example, from being the first to volunteer his service at school events to helping his instructors and encouraging his classmates. Henry is a tangible example of one who personifies the LCAS’ motto of “Enter to learn, depart to serve.” And it’s easy to see that he is just one of the nicest and most genuine, down-to-earth people who you ever want to meet.

"For over a year now, I’ve been going to Lynwood Community Adult School, and my time there so far has been great. I’ve never felt so motivated to learn and actually enjoy coming to school for the first time since I was in junior high. The adult school makes me feel comfortable about asking questions in class and about my credits. My teachers play a huge factor in ensuring I’m getting my work done and focusing on my future after I get my diploma. My Algebra teacher, Ms.Torres, is probably the best math teacher I’ve ever had. I had her for Geometry a couple of trimesters ago and the way she broke it down and taught it made geometry understandable and simple to me. Mr. Wiseman, my English/History/Government teacher, is an amazing teacher as well; he tries to make sure he connects all of our lessons to the real world and makes them fun at the same time. Last trimester I was in his economics class and he helped us make and write a plan on how to get our diploma as fast as possible, and as of now, I am doing the 2nd fastest way while working a part-time job. The last thing that keeps me here is the friends I’ve made here. Ever since I’ve been going to LCAS, I have been social again, even though I’ve seen people come and go because they’ve gotten all their credits. But it motivates me even more to get all my credits and go to college."