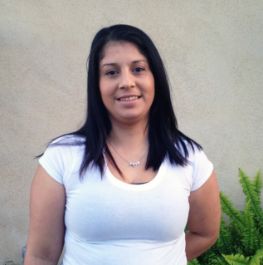 Adult education has been part of the second chance at life for Melissa Jimerson. Melissa's background was not an easy one. Her parents both struggled with addiction; they lost custody of Melissa and her three siblings when Melissa was five.

She grew up in the foster care system. By age 18, Melissa was a drug-using high school dropout living on the streets. At age 27, her three-year old daughter was taken from her by child protective services. Her life had become a replay of her parents' story. Melissa decided to break the cycle by first dealing with her illness. She checked herself into treatment and spent a year in the program. She was able to regain custody of her daughter.

The next step in rebuilding her life was to go back to school. Melissa decided the reason she had left school was because she couldn't see her full potential. She returned to school to unlock that potential. First, she rebooted her skills and earned credit in the Baldwin Park Adult and Community Education (BPACE) adult basic education program. Having finished that, she transferred into the adult secondary education program to finish her high school credits and earn her diploma. Melissa is on track to graduate in May and go on to Mount San Antonio College to study phlebotomy. Melissa has been very open about her struggles to get where she is today. She recently told her story to hundreds of people at the BPACE Performing Arts Center.

Melissa credits adult education with giving her the opportunity to regain her education, unlock her full potential, and set a positive example to her children. BPACE credits her with showing us that people can come from a long way down to become a success and inspire others to do the same.