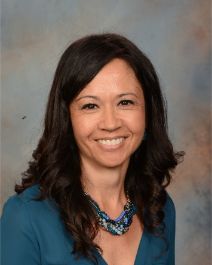 In 1993, Irma Sandoval was not unlike many immigrants to the Los Angeles area. She was young and wanted to learn English to survive. She enrolled in English as a Second Language (ESL) classes at Van Nuys Community Adult School, one of the many schools in the Division of Adult and Career Education of the Los Angeles Unified School District. She studied through Level 4 at Van Nuys CAS with Barry Bakin, now an Instructional Technology Teacher Advisor at North Valley Occupational Center. After her ESL classes in the Division of Adult and Career Education, Irma moved to Las Vegas where she continued her studies and earned a GED certificate.

A local public school counselor suggested that she enroll in a community college, and she chose a Pharmacy Tech Program. She completed that and found work in a hospital. After about eight years of working various shifts, she decided she wanted a more stable schedule, so she went back to school. While still working the day shift at the hospital, she started attending class one night a week at the University of Phoenix. That one night a week led to her graduating with a Bachelor's in Elementary Education in June of 2011. She started teaching second grade with the Clark County School District in Las Vegas. The school had a dual language program at the time and she taught the subjects in Spanish. In December of 2011, she enrolled in online classes at Western Governors University and started working on a Master's in teaching English language learners. She completed that in December of 2013. In the meantime, she finished her first year of teaching and had moved to Tulsa, Oklahoma with her husband and two sons in the summer of 2012 to start teaching in Tulsa Public Schools. She taught first grade for a year and second grade for four years at Dual Language Academy in Tulsa. During those years, she continued to teach the Spanish subjects in the dual language program.

About a year ago, the former principal of the school announced that she was being promoted to a district level administrative position and would be leaving the school. Irma decided to apply for the principal position; however, she did not have any administrative education or credential. When Irma learned that the state of Oklahoma would grant her an emergency certification valid for one year, she applied and got the job, but she did have to go back to college yet one more time and earn her principal certification. Irma is currently working on that certification while in her second year as principal. Irma says that her administrators, as well as her colleagues and families in the school, have welcomed her into the principal role and she is truly enjoying her new position!

Irma also says that she makes sure everyone knows that she came from Mexico with only a middle school education and no English. She is not embarrassed to inform them that she skipped high school and earned her college degrees as an adult. Today, Irma is a big supporter of adult education even though the state of Oklahoma does not have as many opportunities for adults as she would like. Irma says, "Learning is a lifelong process. This country is full of opportunities, but we must be ready to tackle them when they approach us!" Irma herself is a wonderful example of how the opportunity of adult education and life-long learning changed her life and the lives of her husband and children, and has given her the opportunity to help families and children in her community for many years to come. Irma is currently supporting her teachers, students, and the families of her students by participating with her teachers in the statewide teacher walkout for better education funding and conditions taking place throughout Oklahoma.