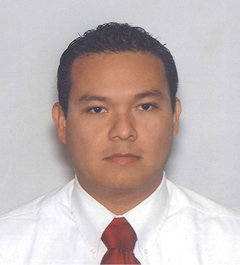 Without the education Omar received at Garden Grove Adult Education (GGAE) when he first came to this country, he would have remained illiterate in the English Language and had limited opportunities to advance in American society. This education helped him to succeed both academically and personally. It helped him acquire the English language and expand his social skills. While attending classes five days a week for six hours a day, he frequently asked his ESL teachers for homework so he could continue his learning at home. His goal was to become fluent in English so he could work towards his goal of being an interpreter. He developed a keen interest in reading while studying English and began reading books on how to become a competent court interpreter. Adult education has also taught him skills such as the job application process. With this skill he was able to acquire a job to support himself while advancing his education.

Following his education at GGAE and community college, he enrolled in a court interpreting program to prepare for the oral examination as a Certified Court Interpreter. He successfully passed the oral examination and then volunteered as an intern with the Los Angeles Superior Court as an interpreter/translator for the Domestic Violence Project. Upon successful completion of all required courses and state examinations, he was granted a license issued by the Judicial Counsel of California as an English/Spanish Certified Court Interpreter in 2013.

Omar gained real world experience working as an independent contractor providing bilingual services to law offices in civil cases, worker’s compensation, and state hearing agencies. He then established his own interpreting agency with the goal of hiring other state certified interpreters. With his knowledge of the English language and his interpreting skills he has been able to contribute to the lives of others. He has happily offered his free services in the Los Angeles Superior Court to help Hispanic people fill out court forms for their legal cases.

Omar’s has three main goals for his life. One of his goals is to become a citizen of the United States. His second goal is to expand his interpreting agency in California and other states. Finally he wants to write a book about his experience and achievements to help motivate and encourage others to overcome their own obstacles.