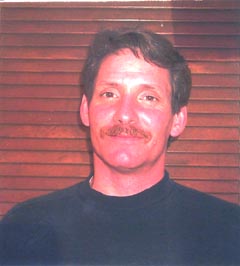 While serving a sentence on drug related charges, Branden Rodgers was enrolled in Elk Grove Adult and Community Education’s Culinary Arts Program at the Rio Consumnes Correctional Center. There, he had the good fortune of meeting Chef Trung Bui, who took a personal interest in Branden. Branden was elected First Assistant Chef and given the responsibility of assisting the other students with their projects as well as special assignments that would come up from time to time. In August of 2000, Branden passed the culinary exam, and by doing so, had his sentence reduced. At the time of Branden’s departure from the program, Chef Bui suggest to Branden that he enroll in the Chef’s Apprenticeship Program at Sierra College. However, it was two years before Branden followed through.

Unfortunately, between his release from Rio Consumnes Correctional Center and his enrollment in the Chef’s Apprenticeship Program at Sierra College, Branden placed himself in more trouble, which landed him in County Jail in September of 2001. This time Branden was given the choice of staying in custody or completing a rehabilitation program. Branden chose rehabilitation and moved home to his parents’ house. While in rehab, Branden attended weekly group meetings, one on one meetings, and two self help meetings a week. He was also required to undergo random drug tests.

On January 3, 2003, Branden successfully completed his rehabilitation program. During his final court hearing he was allowed to tear up his charges and was congratulated by the judge. Branden continues to attend Narcotics Anonymous meetings and is now sponsoring other addicts in the program. Branden contends that the rehabilitation program changed his life. He has been clean since September of 2001, has joined a church and attends weekly services.

During the summer of 2002, while still in rehab, Branden enrolled in the Chef’s Apprenticeship program at Sierra College. He maintained a 4.0 GPA and received his Associate of Arts degree in Liberal Arts in December of 2003.

During this period, Chef Bui arranged an interview for Branden at Aviators Restaurant at the Executive Airport, in Sacramento. He was given the job and initially worked with another cook, but the other cook retired after three weeks and Branden has worked alone since. His responsibilities include cooking breakfast, lunch and dinner five days a week, doing all the prep work, and ordering of raw ingredients. He serves an average of 110 plates a day, plus catered parties.

On May 1, 2003, Branden moved out of his parents’ home and into his own one bedroom house. He has a driver’s license, insurance and owns his own car. Branden has opened both checking and savings accounts and is re-establishing good credit. His current goals are to become a certified pastry chef, and to complete his BA by 2006.