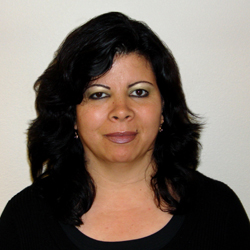 I was born and raised in Mexico. When I was a child, I lived in different places from the small town where I was born to a rural area far out in the country. When I lived in the rural area there was no electricity, piped water, or any of the other services people might have in the city. I remember that I had to help my mother to bring water in two buckets from a well that was far from home. I had to stop several times before getting home because my hands hurt from the weight of the two buckets. During the rainy season, my dad planted corn and I helped him too. He opened the ground and I put the corn seeds 2 seeds every step.

My childhood was very difficult, but when I remember, I think it was a blessing because the experience I acquired during those years is invaluable. The hard work, the constant effort required of me were invaluable because those experiences taught me to persist in whatever I am doing. Difficult tasks still have to be done and I learned that no matter how difficult life and work was on the farm, I was able to do it.

I also went to school and I always dreamed I would go to University. I wanted to have a career, get a good job and then marry; however, I did not finish school. When I was three years old my parents and I discovered I could not see at night. At first they did not believe me and at night they would put their hands in front of my eyes and ask me if I could see how many fingers they had. I could not see anything. Sometimes I tried to guess, but I saw nothing. When I grew older I was invited to parties, but I almost never went. Sometimes when I went a place at night it was embarrassing when people tried to shake hands with me and I did not see their hand. I was not sure what was going on because during the day I could see. A doctor told my parents that I had night blindness, a rare illness.

When I lived in the rural area, there was no electricity. During the day, all the kids went to school or helped their parents, but at night, everyone went outside to play. I remember how their voices sounded so happy while they ran all over the place. However, while they played outside, I sat inside alone or with my parents because I couldn’t see.

I stopped going to school and I thought my dream of going to a University would never happen. I married when I was 17 because I fell in love, and I came to San Diego. More accidents happened to me. When I went to the stores and I was walking looking at the clothes many times I bumped into the white poles they had in the middle. I only noticed I had hit my head on something because I saw sparkling lights like little stars, and my head shook for some seconds.
When I first came to San Diego, I did not know English. I enrolled in adult education through the San Diego Community College District and I started to learn English. I had barely started when I got pregnant. I tried several times to learn English in school but I had two more kids and it was not easy. I checked many books out from the public library and I read them even though I did not understand all that I read. Finally, after trying so hard, I got my GED from Centre City. That day was magic for me!

One day I wanted to get a driver’s license, but when the person at the DMV told me to read the letters in a board. I could not read them so he told me to go see an optometrist to get a pair of glasses. I did as he told me, however, to my surprise the doctor told me I had Retinitis Pigmentosa and it was advanced already and driving could be dangerous for me. He said there was no cure.

I wanted to work to help my husband because he was the only one working at home, but I could not move quickly as others did, so I thought no employer would want to hire me. I tried working in a store, a restaurant, and a library, but because of my vision problem I did not get the jobs.

One day my daughter came and told me that she knew what she would do with her life. I thought she was going to tell me what career she would study for. Instead, she told me she would just marry and would stay at home, as I did. That was shocking because I had always told my kids they needed to do well in school so they could go to college and have a career. What my daughter told me that day made me to try harder to do something with my life. I spoke to an instructor from Read San Diego, trying to get a tutor to learn English. When I took the test, she told me that I needed a real instructor because my English was advanced. I told her about my vision problem and she said that I was not alone, that there were many who had RP. She gave me a phone number of a person who was member of RP International. For the first time I spoke to people who understood me.

I was referred to the Department of Rehabilitation and I spoke to Keith Kerchenfaut, a counselor there. He told me that they would help me to get a job, and referred me to another counselor Greg Cusick who was the coordinator for the Workability III with SDCCD. Mr. Cusick told me he would guide me in the process of getting a job. He did what he said and helped me to get a job, but the process was not easy. He encouraged me a lot, and he helped me to practice for interviews.

I was already taking computer classes with Prof. Ola Steenhagen at Centre City. Prof. Steenhagen always encouraged me to keep going. She used to tell me that I would get the job that I wanted. In her class I learned about telephone techniques, how to use a ten key machine, and how to type letters.
Mr. Cusick put me in contact with another counselor from the school who also helped me, Jim Vincent. He brought me a CCTV (close captioned TV) so I could read the books. He gave me a pair of earphones so I could learn how to use Window Eyes in the computer; this program reads the print aloud. He installed Zoom text, a program that helped me to enlarge everything in the computer. I was being exposed for the first time to accommodations for people with low vision. All those things were new and amazing to me. Until then no one had told me there was help available for people with RP.

The counselor Greg Cusick helped me get an internship in an office. When I started working in that office I was very nervous, but soon I realized I was doing a good job. I was still working there when he helped me to get a temporary job in one of the Community Colleges, he loaned me a CCTV to help me with my work, and that job was great for me, I learned a lot. Everyone there supported me and encouraged me. I was still working there when Mr. Cusick advised me to apply for a job with the federal government. I got that job and I have been working there for almost six years. The people there have been supportive. They provided me with the accommodations I needed to do my work. Right now, I am attending college trying to get my Associates in English. I only need four more courses to graduate. I have participated in several diversity panels at SDSU. I participated in an Employer/Employee seminar that the Department of Rehabilitation had to educate employers about sensory disabilities like blindness, low vision, and hard of hearing.

My children are also doing well. My daughter who told me she would not go to school or work is currently taking college courses, and she is working in an office as a receptionist. Her attitude changed a lot. My oldest daughter is currently attending SDSU and she will graduate soon. She works in an office as well. My son is in high school and he talks about getting a job when he is 16. The fact that my kids are interested in working to make their own money is great. I think that if they learn to work hard to reach their goals, they will be better human beings. I am proud of them.

At my job I have gotten Professionalism Awards every year and I have gotten some On the Spot Awards. I was promoted and this year I am switching jobs. I was invited to participate as a Guest Speaker in the Disability Awareness Month celebration our agency held in October 2006. All the employees have been very supportive and understanding of my disability. And that makes me feel that my disability is not a barrier anymore. I know that with the proper accommodations, I can do my work and that is important. It is been about eight years since I started trying to get a job. I have achieved many of my goals, but I still have many that I hope to achieve in the future. And I can say now that it feels great to make my own money with my own work.

I am very thankful to all the instructors and counselors who helped me through the process of getting a job. Their help was invaluable to achieve my goal. Their support and encouragement made a big difference. I know that anyone can do it! It is a matter of working hard to achieve their dreams and finding the right person to guide them through the process.