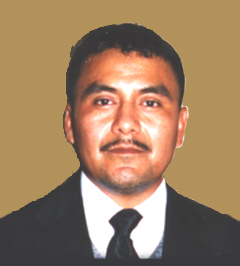 In 1987, at the age of twenty, Rodrigo Miguel left his Native Mexico to come to work in the United States. Due to his low education level and his lack of English skills, the only jobs open to him were seasonal field jobs. After two years of disappointment and frustration, he made the decision to go to school to learn English.

Mr. Miguel started taking ESL classes at Madera Adult School in 1989, working on and off during the day and taking classes in the evening. Two years later, after he was laid off, Rodrigo enrolled in the auto body and repair class at the ROP center. In just one year he received his diploma in auto body repair and started working full time at a body shop in town. He continued attending night school and in May of 1992, he graduated from high school at the age of twenty-five.

In the summer of 1992, Rodrigo started taking courses at the Madera satellite campus of State Center Community College District. Two years later he received an AA degree from Fresno City College in Liberal Arts and got married. Rodrigo’s new financial responsibilities obliged him to take on full-time employment, making it necessary to drop out of school. It was three years before he could return to school, but in 1997 Rodrigo left his job and went back to school full time. In the spring of 2000, Rodrigo graduated from the California State University at Fresno with a Bachelors of Arts degree in mathematics.

Mr. Miguel says he enjoys teaching and hopes to stay at Madera High School, but he is determined to continue his education with the goal of achieving a Master’s Degree in education. But he realizes he would not be where he is if not for Adult Education.

“The program at MAS helped me in many ways. First, it fostered in me the thought that I could still learn. Second, it made me feel that people cared about me. Two people that touched my life in these ways: Mrs. Renee Smith, patient and always ready to help, never seemed to get tired. I still remember her works, “You can do it.” The other person was Mr. John Seybold, I enjoyed and learned so much from his class that to this day I still keep a notebook of notes from his class dating back to 1990.”