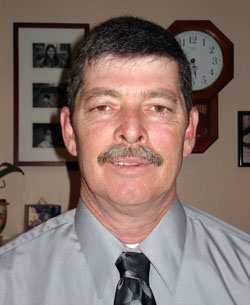 Upon his honorable discharge from the United States Navy in 1993, Michael Ellis felt that he lacked the skills necessary for the job market. Seeking to acquire new skills and make a future for himself, he enrolled in the Telecommunications/Electronics Technology program at the South San Francisco Adult School. Upon graduation, Michael earned his certification in Telecommunications and Electronics Technology.

Equipped with the skills, confidence, and tools to compete for a job that the electronics class provided him with, Michael headed out seeking employment. After some searching, he was hired by the San Francisco Municipal Railway. According to Jim Murphy, an Administrator at South San Francisco Adult School, once Michael was given the opportunity, he "flew like an eagle" and has soared to new heights as each year goes by. Every step along his path, Michael’s hard work and determination has made him successful. These qualities have led him to his present position as Superintendent of Electronics at San Francisco Municipal Railway. His is now responsible for the safe operation and maintenance of the electronic equipment in the shop and onboard Muni buses and trains.

This position has allowed him the opportunity to recruit and hire over thirty graduates of the electronics program from which he graduated. This ability alone has had a dramatic impact on these men and women and their families. The community of South San Francisco is very diverse both ethnically and socio-economically and the Telecommunications/Electronics Technology program has had an important and positive impact.

In August of 2006, Michael was a keynote speaker at the commencement ceremonies for graduating class at the South San Francisco Adult School. Michael shared his humble start, his period of uncertainty after the Navy, and his eventual decision to enroll in the electronics program. He talked about people having the courage to take a risk to improve their lives. Michael has always been available to the students of SSFUSD to share this same message and has been an inspiration to many. Michael took a "road less-traveled" and it has made all the difference, improving not only his own circumstances but those of many others as well.