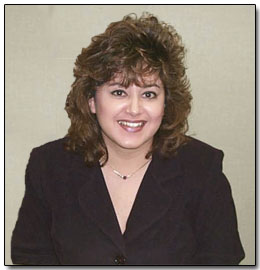 Ann Garcia loved school. She maintained a strong college-prep schedule that included algebra and foreign language. The fourth of five children, fourteen year-old Ann lived with her parents and twelve year-old brother. Her three older siblings were in college, the Air Force, and married. By October of her freshman year in high school, Ann’s mother had been diagnosed with advanced breast cancer. She was told she wouldn't live to see Christmas. Ann devoted herself to her mother's care while trying to maintain her academic schedule and look after her younger brother. It wasn’t an easy task as the family made life-altering changes. They began eating only natural foods, and the progression of her mother's illness slowed somewhat. In spite of the dire prediction, her mother did live to see Christmas and a little more.

By the beginning of her junior year, as her mother's health worsened, Ann's family asked her to leave high school and care for her mother full-time. She enrolled in home study, but no one from the high school followed up on her progress. Isolated from the routine and social interaction of high school, Ann tried to enroll on campus again but found she had fallen too far behind.

Ann was only sixteen years old when her mother died. By age 17, she was pregnant and a high school dropout. She married her child’s teen-aged father, and lived with his mother for a time, but they separated a year later when she became pregnant with her second child. Left to support herself and her daughter, Ann got a job at McDonald's. She soon realized that as a single mother, she wouldn't be able to make a life for herself and two young children without more education. Even after reconciling with her husband for a time, she was determined to pursue her unfinished education.

At twenty years old, Ann came to Tulare Adult School in 1986 and enrolled in classes in the Business Career Center. Her mother-in-law took care of the children while Ann was in school. While she was completing the office skills classes, her instructors encouraged her to take the GED test. She easily passed the test and soon was hired by Tulare County to work as a temporary employee in the Sheriff's Office.

Ann and her husband split up once again, this time for good, and once again she was alone with her small children and no support. Several months passed. She continued working at the Sheriff's Office, seeking a full-time position, and returned to Tulare Adult School to update her resume. Her former instructor asked her to work part-time as a Paraeducator. At the same time, extra help was needed in the adult school office, and because of her computer training at the Adult School, Ann was offered a full-time temporary position. She also worked at night and on Saturdays for the Business Career Center while keeping up her day job at the Adult School. When a clerical position opened at Tulare Adult School in 1988, Ann was hired as a permanent employee. Continuing to work full-time, she enrolled in independent study and completed the diploma requirements, graduating in 1989. In 1993, she married Lionel Garcia, also an employee at Tulare Adult School.

Today, Ann is an adult school secretary and attendance technician. She was recognized as the Tulare Unified Classified Employee of the Year in 1999. She also has her vocational credential and teaches a Windows class for Tulare Adult School, after her regular work hours. A mother of four and grandmother of one, Ann continues her education at College of the Sequoias. She has completed 20 units, mostly online. Her goal is to complete her A.A. degree in Liberal Studies, even if it takes her several more years. The children range in age from 7 to 22 and following the activities of her school aged children keeps her very busy. They are involved in cheerleading, baseball and football, with Ann and her husband right alongside as team parents for the cheerleading team. Ann has also been a member of the School Site Council at her children's school and is on the board of the Parent Teacher Organization where she serves as auditor. She is active in her church, attending Bible study and having been a Sunday school teacher.

Ann's focus is always on her children, to ensure that they will be successful students and become responsible adults. Ann said she will always focus on her children first; knowing first-hand what it is like to not have both parents around during those critical years. Ann Garcia has overcome incredibly difficult circumstances in her life but has not let those circumstances deter her from getting the education and training that has made her an extraordinary success.