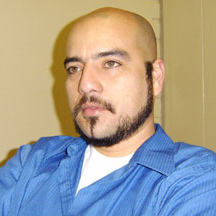 Victor Enrique Lucha left his native El Salvador and arrived in the United States with extremely limited communication ability. What he did posses was a determination to succeed. This would carry him through an often discouraging immigration process. Knowing he would have to learn English, Victor wasted no time and enrolled in Azusa Adult School. Not only did Victor enroll, but also his father, mother, sister, and cousin. It was a family commitment to learning which continues today. Victor’s grandmother is a current student at Azusa Adult School.

The welcoming atmosphere of the classroom and the sincerity of the instructor made it easy for Victor and his family to feel comfortable in the program. There was a pervasive enthusiasm which made those first few days less difficult. Everyone seemed to want to help. Victor says the instruction he received was clear and consistent. Each day he came to class he learned. The adult school was everything he had bargained for and more.

Enthusiastic about learning, Victor quickly grasped new skills and concepts. Always a gentleman, he was popular with his classmates, serious about his studies, and flourished in his new environment. He eagerly used his own experiences as an English language learner to assist other ESL students and help in the classroom in any way he could.

Wanting to work and practice his English Victor left school after only two years. He knew “in his heart” that he would return, and in 1998, did. Since then Azusa Adult School and Azusa Unified School District have benefited greatly from Victor’s contributions. Having gained an impressive command of English, Victor’s ESL teacher suggested that he enroll in the ABE writing class as a bridge to the high school diploma program. He received encouragement at every juncture and was surprised how quickly he learned. If schools have favorite sons, Victor could easily qualify. That's why it came as no surprise that he finished all of his credits and resounding applause was raised for him by the staff as he crossed the stage to receive his diploma in 2000.

Victor was an active member of the Student Advisory Council and served as the editor of the school's newspaper. Serving on the council increased his confidence and helped him to see that he held a role of influence in his new homeland. It also gave him a keen sense that people believed in him.

During that time he also rediscovered an interest in computers that had been put on the hold since his move. Reviewing the basics he had learned in a beginning class in EI Salvador, he began an amazing self­ taught acquisition of technology skills, devoured technical manuals and magazines and became an expert in the field. Volunteering countless hours to the school, he assisted the director with technology needs and rebuilt and restored older equipment to useable condition. He also networked and volunteered with the district’s technology staff.

During the last accreditation self-study process, Victor served on the Focus Committees and also participated on a committee to draft a site technology plan. His ambition and eagerness to volunteer gained him visibility. Victor's bi-lingual skills have been relied upon more than once to complete the required CASAS testing process in the ESL department. When the CBET program grant was assigned to the adult school he was an obvious candidate for a classified aide position in the tutoring center. His winning personality, commitment to personal growth and his own experience as an English language learner made him a natural to assist other ESL adult students in learning new skills. He was hired into a part time position in the program and also into a part time position with Video Language Products promoting the curriculum In-English@ as a bi-lingual sales representative.

Today, Victor oversees all areas of technology for the Azusa Adult School, and is a key stakeholder on the Site Technology Committee. He doesn't slow down and always has some goal in sight. His mind is now set on securing a Designated Subjects Vocational Credential.

Victor reflects fondly on the pride of his graduation day. The icing on the cake, however, has been his employment with the school. There was no other place he really wanted to work. It's difficult to say who is the most grateful that the opportunity came up and that this success story is his.