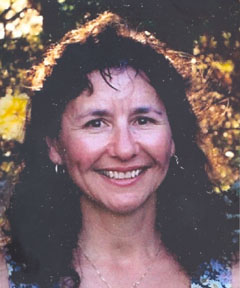 Pauline Cutter enrolled in San Leandro Adult School's Broadmoor Parent Pre-School in 1982, and Pauline attended Broadmoor Pre-School parenting classes there for five years with all three of her children --- Gina, Jessi, and Clay ages 26, 21, and 19 respectively. All three children graduated from the local high school and continued their education at Sonoma State College. For the past 15 years, Pauline has been an adult school instructor of parent education. During the past 8 years she has been the director of a parent cooperative preschool for San Lorenzo Adult School.

Pauline states, "Through Broadmoor I found I loved working with children and then used some of my adult education experience as credit towards my Adult Ed, Parent Education credential. Broadmoor also taught me how to navigate the (school) system and become involved in my child's education and education in general, which led to my being such an involved parent at each of my children's schools."

Pauline Cutter did all of those things and more. Starting at Broadmoor, instead of being just a member of one of the preschool's committees, Pauline was a leader of many Broadmoor board positions including Maintenance Chair, Secretary, Adult Curriculum Coordinator, Vice President and finally President of Broadmoor Pre School Board of Directors. Pauline participated in the nursery school lab and evening parenting meetings where she learned about child development topics including temperaments, learning styles, effective discipline, communication techniques, how children learn through play and the importance of being involved in her children's education. As a parent participant, she asked lots of important questions about effective preschool curriculum. She became a leader in helping parents better organize the preschool. From the beginning, she was a strong advocate for what is good for children and continues to do so in her current role as our San Leandro Unified School District school board president. Her involvement and leadership skills are exemplified in her willingness to go extra miles beyond the traditional basics of school fundraising events and assisting on field trips.

Pauline's parent education involvement and preschool leadership experience was the catalyst that provided her courage and inspiration to run for a position on the San Leandro School District Board of Trustees. Pauline's parent education involvement continued throughout her children's education in our school district. In 1998 Pauline ran a successful campaign, capturing 64% of the city's votes for a board of trustee seat on the San Leandro Unified school District School Board. She is in her seventh year, providing school board input and oversight to the school district's eight elementary, two middle, one high school, one continuation and one adult school. In her years as a school board trustee, she has served three times as board president, once as vice president and once as clerk and is the first person in San Leandro to be elected president for two consecutive terms. As a trustee, Pauline shares what she has learned about school budgets, politics, and working collaboratively with other board members, school staff and parents. She is very proud of taking part in the many district successes which include the 52 million school bond implementation where all projects were completed ahead of schedule and in which the district received an additional 34 million in matching funds from the State. As a trustee, Pauline has witnessed the growth of parent clubs, development of parent compacts for families, and standards-based report cards which provide parents with knowledge of what kids need to know. She has also seen more grass roots types of participation at the schools because "some (trustee) members are more user-friendly, more casual." Pauline is always supportive of adult education. This year as facility chair she strongly supported the building of a dedicated set of adult school classrooms which is one of our district's current building projects.

Pauline leads a very busy life. She typically starts her day with teaching at the parent preschool to parents who, like herself, want to be involved in their children's education. It is not uncommon for her weekly schedule to also include several committee meetings and bimonthly evening board meetings. As a lifelong learner she participated in an 18 month First Five mentoring program consisting of two three-day retreats and four hours of monthly class meetings. She is now sharing this knowledge by mentoring others. Board meetings and trainings are also an integral part of her life. Pauline believes parents need to understand how schools function, so she also provides workshops each year to parents on the subject of school finance and how to navigate the school system. Currently Pauline is actively involved in seeking public input for a local school bond or parcel tax. She works tirelessly on behalf of all children and adult students in our community. Pauline Cutter continues to inspire parents, educators and board members through her leadership and school involvement that have made the San Leandro Community a better place to live, work and raise one's children.