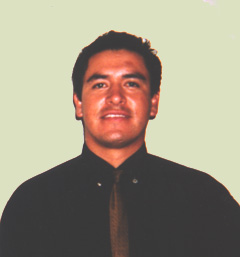 In 1988 at the age of fifteen, Hector Pinon left Patzcuaró, Mexico to work with his brother at a mill in Auburn in order to help his family back home, but what he really wanted to do was go to high school. Instead, he started attending ESL classes in the evenings. Initially, his only goal was to learn English, but his teachers at Placer School for Adults kept encouraging him to apply to the local community college.

After Hector was laid off from the mill, he went to work for a landscape company. His new employer saw Hector’s interest in continuing his education and helped pay for his college courses. Later, in 1998, Hector had earned an associate’s degree from Sierra College in Liberal Arts, two years after that he received his bachelor’s degree from California State University, Sacramento. “I was a full-time student and a part-time employee. I worked on my own doing landscape and maintenance. It seemed to me that I never wanted to stop going to school. I decided that I wanted to go a little more, so I took my master’s. Besides books, home and school, I didn’t see any break for a year.”

After receiving his master’s degree in Spanish, Hector became a part-time professor at Sierra College hoping to teach Spanish as well as running his own successful landscape business.

Today, as an American citizen, Hector encourages other immigrants to get an education. He teaches Spanish at the adult school where he got his start and works as a volunteers in the classroom of the teacher who taught him English so long ago. Mr. Pinon says he “wanted to set an example for many people, because I knew many of them didn’t believe in themselves.